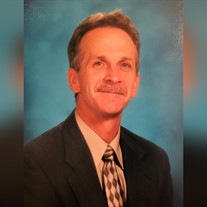 Henry Augustus Cooke VIII, born January 29, 1953, went to be with the Lord on November 13, 2016. He was preceded in death by his parents, Sam and Verna Cooke of Kitts Hill, Ohio and his brother Gregory Cooke of Cincinnati, Ohio. He is survived by his wife, Lisa Beard Cooke, and his children, Gus (Chandra) Cooke of South Point, Ohio, his daughter Dr. Bethany (Adam) Gonczy of Athens, Ohio, as well as “daughter”/niece Becky (Jordan) McCoy of Chesterfield, SC. He had four beautiful grandchildren: Kacie Mendez, August Cooke, Brooklynn Gonczy, and Bennett Cooke, and bonus grandchildren Hayden and Kyle McCoy. He is also survived by his sister Mary (David) Saunders of South Point, Ohio, his brother, Sam (Floye) Cooke and his sister, Judy (Tim) Kitchen both of Kitts Hill, Ohio, mother-in-law Priscilla Beard of Huntington, WV, as well as several nieces and nephews. Henry graduated from Rock Hill High School in 1971 and with his brother and father, established Cooke’s Farm Center. At the age of 30, he enrolled in Marshall University where he attained a bachelor’s degree in Mathematics and Physics. He taught at South Point High School until deciding to pursue a master’s degree in administration from Ohio University. After graduating, he became the principal at Rock Hill Middle School for one year before serving as the principal at South Point High School for four additional years. He discovered that he loved teaching more than administration, and returned to the classroom to teach until the diagnosis of Parkinson’s disease with Lewy Body Dementia forced him to take an early retirement in 2009. Henry will be most remembered for his quick wit and big heart. He loved a challenge and found the positive side of any situation. He saw the good in people to a fault, and sacrificed his own comfort regularly to be sure that others were taken care of. He was the definition of class, character, work ethic, humility, generosity, trust, and love. The world has lost one heck of a man and he will be sorely missed by all who knew him. A Memorial Service is being held at the First United Methodist Church, 1124, 5th ave., Huntington, WV on November 19th. Visitation will be from 1 pm-4pm with a brief service at 4. The service will be held in the downstairs fellowship hall due to the renovation of the sanctuary. In lieu of flowers, donations can be made to the Woodland’s Gratuity Fund, as a way to thank the wonderful healthcare staff and other dedicated employees who have loved him and provided outstanding care for him during his last few years at Woodland’s Retirement Community. Donations can be sent to: Woodlands, One Bradley Foster Drive, Huntington, WV 25701. Memo: Cooke memorial. Tri-State Cremation Society, Huntington is assisting the family. FC16-097

Henry Augustus Cooke VIII, born January 29, 1953, went to be with the Lord on November 13, 2016. He was preceded in death by his parents, Sam and Verna Cooke of Kitts Hill, Ohio and his brother Gregory Cooke of Cincinnati, Ohio. He is survived... View Obituary & Service Information

The family of Henry Augustus Cooke VIII created this Life Tributes page to make it easy to share your memories.